NAMI Mercer had humble beginnings but a great destiny. In the early 1980s, several families began to meet regularly to support one other and their loved ones in coping with mental illness. In those days, parents were readily blamed for their children’s illnesses; stigma was a major problem; and parents had very little information and no say in treatment.

These family members became the Mercer Alliance for the Mentally Ill (MAMI), which was incorporated in 1984 with Gloria Blumenthal as president. Tom and Chomy Garces later started an office in their home and began to offer classes for families, the Just Friends social group for people affected by mental illness, a helpline and education meetings, all of which are still core offerings of NAMI Mercer. 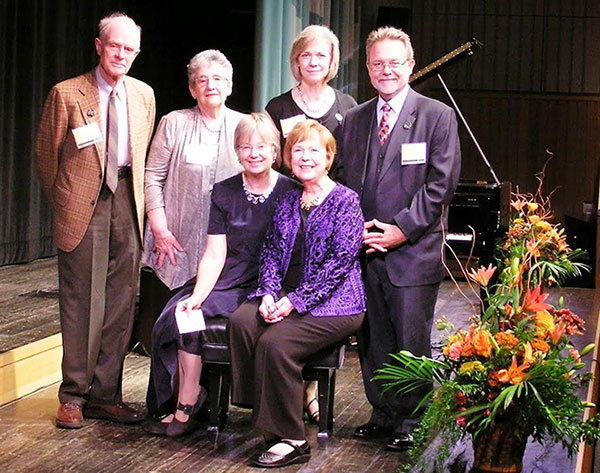 The families set to work to find group housing for their ill relatives and eventually raised enough money to buy two properties for this purpose. These were handed over to Catholic Charities in 2005. MAMI held regular public meetings in the Lawrence Library to raise awareness and provide information. A team of volunteers also began working with the staff of Trenton Psychiatric Hospital to monitor conditions, a service that continues to this day.

In 1995, MAMI opened its Lawrenceville office on Lakedale Drive and was run for six years by the Garces, who volunteered fulltime between them as counselor, advisor, office manager, press secretary and accountant.

In 2001, a banner year, a major grant for office support came in from the Robert Wood Johnson Foundation; Chomy Garces received the New Jersey Psychiatric Association’s Citizen of the Year Award and a new program for children, “Visions for Tomorrow,” was launched. NAMI Mercer (renamed as a county affiliate of the National Alliance on Mental Illness) received the national organization’s Outstanding Local Affiliate Award for its effective public education programs and strong volunteer commitment.

In January 2002, a screening of the movie “A Beautiful Mind” in Princeton inaugurated a series of annual Night Out with NAMI fundraising events that laid the foundation for NAMI Mercer’s transition to paid, professional staff and new headquarters in Lawrence Commons in Lawrenceville’s Mercer Mall. We hosted our first NAMIWalks Mercer County in 2007. This annual event has become our single largest source of revenue. Along with individual contributions and grants from corporations and foundations, this increased revenue has enabled NAMI Mercer to continue to expand its programs and services to the public. In commemoration of our 25th anniversary in 2009, NAMI Mercer inaugurated our annual Harvest of Hope Wellness Conference.

In July 2015, NAMI Mercer completed the re-affiliation process with NAMI National by achieving all the organization’s “Standards of Excellence.” At the time, we were among only 9 of 950 to have achieved this distinction.

In 2017, NAMI Mercer relocated to our current headquarters in the Whitehorse Executive Park in Hamilton.